E.F. Schumacher. A Voice for Wisdom in an Age of Folly 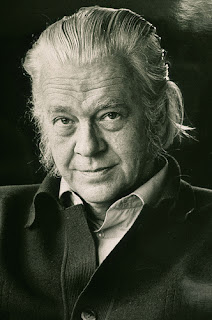 The economist E.F. Schumacher has served as a source of inspiration for many over the past half-century. His essential message is carried in two books published in the five years before he died, Small is Beautiful. A Study of Economics as if People Mattered (1973) and A Guide for the Perplexed (1977).

His ideas continue to be explored, developed and disseminated by such groups as the Schumacher Society in the UK and the New Economics Institute in the US as well as numerous individuals and groups in both the developed and developing world.

This post offers both an audio presentation drawn from two lectures given by Schumacher in the 1970s.


E.F. Schumacher. A Voice for Wisdom in an Age of Folly can be streamed using the media player above. A CD quality mp3 file is also available for download here.

Posted by Vincent Di Stefano at 1:20 AM