E.F. Schumacher. On Small is Beautiful 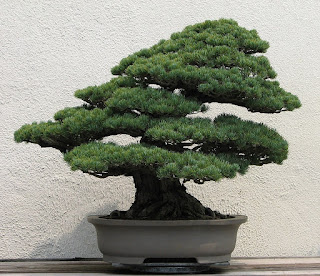 When Francis Fukuyama triumphally proclaimed The End of History in 1989, he projected the widely-held view that Western liberal democracy, firmly rooted in corporate capitalism and the free market economy, had brought humanity to its historical culmination. From Fukuyama's particular vantage point at the end of the twentieth century, it was plain sailing ahead. He wrote: "What we are witnessing is . . . the endpoint of mankind's ideological evolution and the universalization of Western liberal democracy as the final form of human government." [1] There appeared to be absolutely no disquiet in his mind regarding the less tangible consequences of the liberal democratic project with its implicate laissez faire commercialism, monstrous energy consumption and consumerism, and widespread dislocation of traditional societies.

As the precarious state of technological civilisation becomes ever more apparent, it can only be helpful to reconsider the reflections of those less sanguine commentators who, even decades before Fukuyama issued his pronouncement, perceived the strains within both institutional structures and ecological systems that heralded hard times ahead.

E.F. Schumacher was such a one.

Copies of Schumacher's Small is Beautiful, first published in 1973, can still be found in many libraries. And it occasionally chances as an unexpected treasure on the shelves of second-hand bookshops. Although most copies of the book were printed in paperback form, it remains one of the pivotal works of the twentieth century and carries within it the fruits of decades of considered reflection on the nature of human flourishing.

As an economist, E.F. Schumacher focussed his attention on how economics could be made to serve human needs rather than those of corporations and megalithic financial institutions. His work has had a significant influence on many who continue to remain active behind the scenes in their mission to restore the natural rhythms and capacities of the earth and her peoples, an earth that has been severely lacerated by industrial civilisation and its destructive technologies. In his own words:


We must thoroughly understand the problem and begin to see the possibility of evolving a new life-style, with new methods of production and new patterns of consumption: a life-style designed for permanence. [2]

It is clear that half a century later, we have barely begun to understand the problem, and have - especially in the so-called developed world - cultivated a life-style designed more for transience rather than permanence.  Although Schumacher's ideas were not picked up by those who move the world the way it goes, they remain fertile ground for those who would contemplate any futurity in a post-apocalyptic context.

Schumacher identified Keynesian economics as the primary driver of an economics - and politics - of greed that continues to devour the world. In 1930, on the cusp of the decade-long Great Depression, Keynes wrote:


For at least another hundred years we must pretend to ourselves and to everyone that fair is foul and foul is fair; for foul is useful and fair is not. Avarice and usury and precaution must be our gods for a little longer still. For only they can lead us out of the tunnel of economic necessity into daylight. [3]

Keynes' hundred years has nearly passed, and the gods of avarice and usury and precaution have shown no sign of fatigue but, rather, seem more intent on claiming what they can of the next hundred years as well. Powerful states, corporations, and individuals continue to tenaciously claim the freedom to increase their wealth and privilege regardless of the cost to peoples or planet. A recent Oxfam Report notes that "just eight men own the same wealth as the poorest half of the world." [4] In more direct terms, this means that eight single individuals own more than what is owned by three and a half billion of the world's poorest people.

Pity, says Schumacher, that we listened to Keynes and not to Gandhi.

Regarding the ravenous consumption of energy by technological civilisation and the near-universal promotion of nuclear power as a means of providing that energy, Schumacher presciently noted that nuclear reactors have a finite life beyond which they become unusable and unserviceable. Each of the over 400 nuclear reactors in use today will become an incandescent monument that will continue to emit radioactivity for centuries. Dismantling them may remove the eyesore, but the core and its irradiated surrounding structures will continue to emit radiation for countless generations to come.

The current push for new fleets of small modular reactors (SMRs) as sources of low-carbon energy and as a "solution" to the problem of humanly-induced climate change similarly disregards that fact that we still don't know what to do with over 220,000 tons of high-level waste, most of which is crowded into the overflowing cooling ponds of the world's existing reactors. In the meantime, the molten reactor cores of Fukushima continue to pour radionuclides into the Pacific Ocean while, at the time of writing, the Japanese government is poised to release the contents of 1000 massive tanks holding over a million tons of contaminated water into the sea, justifying this act of ecocide by citing the old and over-worked adage, dilution is the solution to pollution. Biology works differently. Even a single radioactive atom embedded in the tissues of any living organism causes havoc in the cells surrounding it.


Nearly 50 years ago, Schumacher wrote about nuclear energy in his signatory style:


No degree of prosperity could justify the accumulation of large amounts of highly toxic substances which nobody knows how to make 'safe' and which remain an incalculable danger to the whole of creation for historical or even geological ages. To do such a thing is a transgression against life itself, a transgression infinitely more serious than any crime ever perpetrated by man. The idea that a civilisation could sustain itself on the basis of such a transgression is an ethical, spiritual, and metaphysical monstrosity. It means conducting the economic affairs of man as if people really did not matter at all. [5]

E.F. Schumacher has also identified a curious inversion within the industrial-technological project whereby in the guise of easing life's burdens, progress and development have brought a massive and ubiquitous poisoning of the earth and her creatures in their train. Small is Beautiful draws attention to the excesses and the disparities of an economic and industrial system that has trashed cultural traditions that have served the needs of human communities for centuries. Schumacher cautioned against the gigantism and the obsession with globalisation that were beginning to overtake governments of all colour during the 1960s and 1970s. Schumacher offered both clarity and direction but his suggestions found no resonance with the dominant political and economic powers. These powers have systematically herded the world into an insistent consumerist ethos, while such terms as restraint and self-reliance have been effectively removed from their lexicons.

Yet through it all, Schumacher remains optimistic that creative individuals and visionary groups will continue to develop simpler technologies and ways of living that are more in keeping with the needs of the earth and her people than with those of superannuated shareholders and their corporate minders.


E.F. Schumacher calls for the creation of educational programs in both the developed and developing world that are more attuned to the perennial rhythms of the earth, systems of education that are directed more to the cultivation of wisdom, discernment, compassion and usefulness, than to satisfying industry-driven demands to create new cadres of "efficient" and compliant technocrats. One of Schumacher's major contributions during his latter years was the development of what came to be known as "intermediate technology" programs in both developed and developing countries. These serve to empower local communities and to promote autonomy and decentralisation.

Such individuals as Satish Kumar and Vandana Siva have become powerful advocates of Schumacher's ideas. They, along with many others have taken up the work of awakening and informing all who would hear that the present entrancement and the pursuit of the goals of technological-industrial civilisation do not bode well for humanity and its earthly home.

Strong Gandhian sentiments permeate Schumacher's work. He bluntly demolishes the myth of limitless growth as the natural destiny of economies and nations. Yet the common sense spoken by Schumacher is still nowhere to be seen in the economic and political style of the present day. It is, however, increasingly being taken up at the margins by individuals and communities who have consciously stepped off the wheel and chosen to simplify their lives in whatever ways are given to them.

After teaching English at New York University from 1962 to 1964, American writer, poet, and political activist Wendell Berry saw the writing on the wall. He resigned his post and purchased a farm in Kentucky which he proceeded to cultivate using ploughs and heavy horses rather than agricultural chemicals and heavy machinery. In 1981, four years after Schumacher's death, Wendell Berry presented the inaugural Schumacher Society lecture entitled People, Land and Community in Great Barrington, Massachusetts. These yearly lectures inspired by the work of E.F. Schumacher continue to be hosted by the Schumacher Center for a New Economics with the 39th annual lecture entitled Actionable Responses to Climate Change being held in October 2019.

A profound aesthetic sense is expressed in Schumacher's thought. He continually returns to the criteria of beauty, of elegance, of non-violence, and of human scale in his pursuit of a workable future for humanity during a time of troubles and of growing uncertainty.

E.F. Schumacher remains an enduring source of wisdom in an age of madness and folly.

A PDF copy of the above essay along with selected excerpts from "Small is Beautiful" can be downloaded from: https://archive.org/details/one.f.schumacherandsmallisbeautiful

1. E.F. Schumacher. A Voice for Wisdom in an Age of Folly

The economist E.F. Schumacher has served as a source of inspiration for many over the past half-century. His essential message is carried in two books published in the five years before he died, Small is Beautiful. A Study of Economics as if People Mattered (1973) and A Guide for the Perplexed (1977).

His ideas continue to be explored, developed and disseminated by such groups as the Schumacher Society in the UK and the New Economics Institute in the US as well as numerous individuals and groups in both the developed and developing world.

This post offers a downloadable audio presentation drawn from two lectures given by Schumacher in the 1970s. 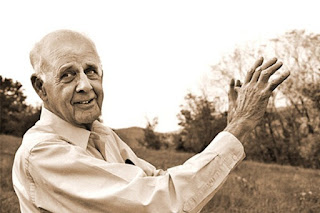 2. Wendell Berry. Finding Our Souls before we Lose the World

Wendell Berry has written over twenty books of poetry, sixteen volumes of essays, and ten novels. He has also been prominent in political actions against the Vietnam War, nuclear energy, US Department of Agriculture policy, George W. Bush's post 9/11 National Security policy and more recently, the mining of coal by the methods of Mountaintop Removal in Kentucky. All the while, he has continuously worked his 125 acre farm using traditional and organic methods.

Throughout his life, Wendell Berry has sought to artfully uncover the rhetoric that presents our time as one of utopian possibilities and universal fulfilment. While acknowledging the transformations wrought by industrial and technological civilisation, he calls our attention to the perennial values and unchanging realities that condition our being.
Posted by Vincent Di Stefano at 6:56 PM No comments: