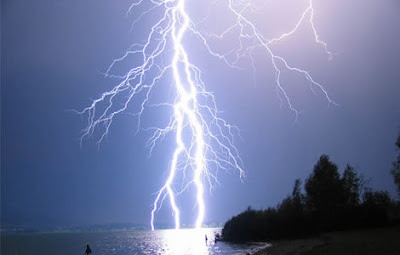 A dear friend recently offered some timely advice. She wrote: "Forget about Jung's tree. Tend to your tomatoes. They are just as important and life-giving." Being late winter in these southern climes, our tomato seeds are safely stored on sheets of tissue until the frosts have softened and spring's fires risen sufficiently to rouse them into a new and hopefully fruitful cycle.

I took the cue however, and cleared the hundreds of small weeds lavishing around the green spears thrust forth from around 400 garlic cloves planted in our garden under the full moons of April and May. We are a big family and we all love our garlic.

I have never forgotten Jung's tree. Carl Jung is remembered for demurring from the strictly libidinal psychology of Sigmund Freud with whom he had a curious relationship over several years before they finally parted ways in 1913.

One of Jung's major contributions to the life of the mind was his introduction of the notion of synchronicity to a wider Western audience. The term itself was coined by Jung to describe the interpenetration of psychic and physical space that manifests in the simultaneous occurrence of events that are not connected causally, but from which meaning can often be drawn.

Apparently unrelated events can coincide in ways that are highly suggestive of deep and often numinous meaning. Such events invite an integrative interpretation wherein rational and logical categories are transcended and a unitive perspective of one's life and circumstance becomes more available. The ego dissolves as one is confronted by deeply meaningful patterns of confluence within one's life and circumstance. Through such experiences, one more easily inclines towards the notion that we are moved by more than meaningless chance and blind necessity.

After his wife died in 1955, Carl Jung spent much time in the garden of their home at Bollingen, situated on the shores of Lake Zurich in Switzerland. He would often read and rest in the shade of a magnificent old poplar tree during the summer months. It became one of his favourite places during his latter years.

Jung died on the afternoon of June 6th, 1961. While taking his final breaths, a great storm erupted around lake Zurich. As his body slowly cooled on his death-bed, the storm intensified locally. A bolt of lightning cleaved the sky, striking and splitting into two the poplar tree under which he had spent so much time.

This remarkable phenomenon has been viewed as a manifestation of the very principle of synchronicity that Jung had devoted so many years and so much energy. It was as a metaphoric affirmation of the reality of synchronicity as an inherent aspect of human experience. The magnitude and power of the event also pointed towards the titanic capabilities present within human consciousness.

Yet that was not all. At the time of Jung's death, his long-standing friend and confidante Laurens van der Post was returning to Europe from Africa. Completely unaware that Jung had died, van der Post dreamed that Jung was on the summit of Zermatt, Mount Matterhorn. In the dream, Jung waved to him and called out: "I'll be seeing you."

Some years later, van der Post returned to Bollingen with a film crew for what were to be the final takes of a documentary about Jung's life. In his Jung and the Story of our Time, Van der Post described what happened that afternoon:


"When the moment came for me to speak directly to the camera about Jung's death, and I came to the description of how the lightning demolished Jung's favorite tree, the lightning struck again in the garden. The thunder crashed out so loudly that I winced, and to this day the thunder, wince, and the impediment of speech it caused are there in the film for all to see, just as the lightning is visible on the screen over the storm-tossed lake and wind-whipped trees."


It is important to understand that such manifestations are not solely the domain of daemonic men such as Carl Jung, or of great siddhas such as Padmasambhava and inspired saints such as Teresa of Avila or Padre Pio of Pietrelcina. Many of us can find similar intimations - though probably far less dramatic - in our own experiences or the experiences of family members or friends.

We do not need to actively seek out such experiences. They usually arrive uninvited and unanticipated. When I was in my early twenties, a friend described to me how, while watching the sea in a deeply reflective state one afternoon, he vividly experienced the presence of a close friend he had not seen for over a year. He learned a few days later that his friend had been killed in a motor accident that very day.

My father several times recounted one of his own unforgettable experiences while in a prisoner-of-war camp in South Africa. He woke suddenly from a deep sleep to find his mother, dressed in white, standing at the end of his bed. She smiled and then disappeared even as he watched her. Three weeks later, he received news from Italy that she had died on the day that she appeared to him.

In my own life, there were several occasions in the months after my own mother's death when I experienced her living presence in synchronic irruptions of both luminous and imaginal events.

One does not need to lean exclusively on the reports of such individuals as the Dalai Lama or Elisabeth Kubler-Ross to contemplate the continuity between life and death.

Of Mind and Matter


There is a peculiar polarity in the world that arcs, on the one hand, between a fascination with anomalous events that break through the commonly-accepted boundaries of what is possible, and on the other, an outright rejection of anything that is not circumscribed by a limited, limiting and often tyrannical rationality.

The various methods of shamanism, the practices of yoga and tai chi, the ways of prayer and contemplation, and the focussed attention that may arise in times of grief and deep personal or collective crisis can all give rise to an intensification of consciousness and a loss of the egoic boundaries that limit and block our awareness of synchronic events and of non-duality. Such experiences have the potential to act as instruments of transformation that may prompt us to re-evaluate the dominant and insistent ethos of materialism that stridently denies the reality of the numinous while proclaiming life to be devoid of any transcendent meaning.

Most wisdom traditions accept that the gift of a sensitised consciousness capable of apprehending the subtle - and occasionally dramatic - mental and energetic fields within which we live and move and have our being does not usually fall out of the sky. Such states of consciousness are both created and sustained by the cultivation of a reflective and disciplined attention. Whether one places a value on pursuing such states and the understandings that may arise from them is, of course, another matter.

To find balance is a difficult thing. Thomas Merton long sought to encourage the practice of contemplation in a world driven by action. And more recently, the reflections of Thomas Berry remain an ongoing rejoinder to pause within the busyness of our destructive times in order to connect more deeply with each other and with the living forces that act through the natural world.

Let us take the time while yet we can to catch the whispers in the wind, to marvel at the light glancing through the diamond dews of morning, to ride the luminous skyscapes edging fiery clouds at day's end - even while fetching wood, carrying water and tending the tomato seedlings. 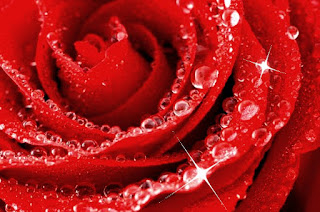 Posted by Vincent Di Stefano at 3:01 AM