Of Love and Medicine 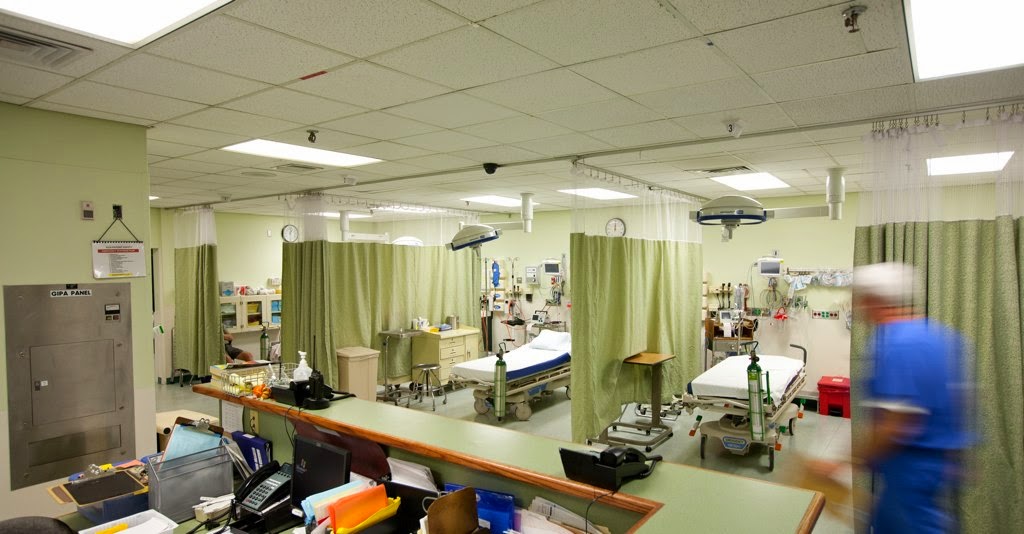 I recently had cause to spend some time in the emergency ward of a small public hospital. Such spaces are mercifully beyond the usual experience for most of us but can occasionally and unexpectedly irrupt into our lives, projecting us into a foreign world where the full force of technological medicine is on hand to deal with human pain and the effects of trauma. On entering such places, one necessarily abandons all autonomy. One is no longer free to make choices as one's situation is effectively taken charge of by those who minister in these difficult environments.

The emergency ward of public hospitals is a unique manifestation in the historic mission of medicine. The only parallel that comes to mind are the war fields that have bloodied the memory of every nation, places where military doctors and their attendants have perennially attended the shocking injuries suffered by combatants. In such situations, decisiveness and experience count far more than do theory and reflection.

Yet even the war fields of history are categorically different to the modern emergency ward. They may share the same sense of urgency, the chaotic atmosphere and the range of traumas that are dealt with in emergency wards, but very little else. The modern emergency ward is a dedicated space peopled by highly skilled and knowledgeable individuals who have immediate access to the powerful technologies of medical science that enable rapid diagnoses to be made and radical interventions to be implemented. Yet beyond the extraordinary equipment and the bewildering array of drugs that are on hand, such places are staffed and administered by human beings. And once the flow of blood is staunched and the immediate crisis resolved or mitigated, it is the human side of the experience that will resonate the longest. We may remember the procedures administered, but we are more likely to carry a deeper memory of the individuals who administered them. There is much that can be done to soften the edges of difficult experiences.

Many who find themselves admitted to an emergency ward will be in a state of fear or distress. On the morning I was admitted, I could clearly hear the cries of two young infants, one of whom had a broken arm, the other suffering inconsolable internal pain. Their sobs and wailing filled the ward. In a cubicle nearby, an older woman, pale and alone, lay silent in her bed. Further down the corridor, there was much movement around a younger woman who was in obvious abdominal pain.

The morning was continuously punctuated by the steady ringing of alarm bells from automated heart and breathing monitors, my own among them. And through it all, there was a slow and steady arrival of new patients on ambulance trolleys and from the waiting room. There were some moments of relative quiet, but the overall atmosphere was one of constant movement with occasional ripples of chaos.

Within this complex mix of attention, emotion and movement, there were some things that were clearly evident. Foremost was the presence and skill of the nursing staff. Even while fulfilling such duties as inserting catheters, drawing blood and keeping a watchful eye on electronic monitors and intravenous drips attached to many of the patients, most took the time to talk, to smile, and to lift the mood in whatever way they could. I asked about their own experiences of working in such places. I soon learned that after the immediate danger to the patient was resolved, much of the work became routine. That is the nature of biomedicine. There are standard methods that are universally applied once a diagnosis is established. There are standard procedures for the treatment of acute asthma, acute diabetic hypoglycaemia, myocardial infarct, simple and compound fractures and so on. The technical side of things is tightly controlled, and formal procedures are strictly followed. But once the acute danger has passed, the patient is still left with the experience itself, the emotional reverberations, the fears, the uncertainties. And these are the domains where technical skill is of only limited usefulness.

Another thing that soon became evident was the fact that some within the casualty ward were quite comfortable getting in close to patients - both physically and metaphorically - while others preferred the impersonality of distance. The latter was clearly the case with the medical officer who was in charge of the unit on that particular shift. He spent most of the time hovering around a computer monitor in the central base station. The station was located about 20 meters away from my own cubicle, and there were several times when we had direct eye contact.

I had an unobstructed view of what happened there and was fascinated by what I saw and heard. The doctor in charge loudly discussed the situation of the various patients - myself among them - weighing up different possible interventions with the junior physicians who had taken the history and performed the testing procedures. He did not appear to actually leave his post in order to meet with or talk to the patients whose situation he was discussing. I found myself somewhat discomforted by the impersonality of his style, where he referred to patients as a nameless "he" or "she" despite the fact that most were within visual and probably aural range. It was not that he was too busy to examine or meet with patients directly. There were many times when he engaged in small talk with fellow staff, and occasions where he took the time to fetch a can of Coke from the dispensing machine.

During the early afternoon, my attention was drawn to a middle-aged woman, very affable in appearance and manner, who hovered around the base station, occasionally disappearing into a cubicle and reappearing shortly after. She was wearing a vest with the word "Volunteer" conspicuously printed in day-glo letters across the front of it. I reflected at the time on how that clearly marked her out as "other" among the many who were ministering to the various needs of the patients. I thought at the time that this labelling was probably for the benefit of the medical staff, yet reflected that a more subtle sign or indicator would be no less effective as a marker, but would allow her to move more anonymously as a caring human presence in an environment where human caring was so desperately needed.

Another aspect of the experience that remains vivid was that once patients were no longer in a state of crisis, they were generally left alone unless they were fortunate enough to have family members or personal friends with them. This is clearly part of the peculiar dynamic of the emergency ward, where all medical skill and expertise is directed towards the needs of those in acute distress. Yet this experience brought to mind those patients whose conditions were relatively stable, but who needed hospitalisation for whatever reason. I recalled the times when I had visited my father during his final illness, and the apparent desolation of many who spend their days and nights in hospital wards.

Seeing the woman with the "Volunteer" label on her vest made me very aware of the immense reserves of good-will that lie hidden within the general community, of the capacity of many to serve as conduits of human caring and fellowship in difficult conditions and in difficult times. It also unexpectedly reminded me of an observation I had often made during my years of teaching natural medicine. And that is the fact that many who took on formal studies in natural medicine - at least in Australia from the late 1970s to the late 1990s - were nurses who had trained in hospital medicine, but who were moved to find ways of better meeting the deeper, the more human needs of individuals afflicted by sickness and suffering.

The creation of the first university-based program in natural medicine in Australia at Southern Cross University in Lismore in the early 1990s was largely driven by an heroic group of nurses who single-handedly deflected attempts by a hostile Australian Medical Association to have the course terminated before it had even begun. These women had experienced both the successes of and the failures of hospital medicine and directed their collective energies to softly enabling other ways of ministering to human sickness and suffering.

Those who enter the portals of scientific medicine are among the highest scoring candidates in the subject areas of physics, chemistry and mathematics in their university entrance exams. There are many who would argue that the attainment of mastery in such discipline areas is not necessarily the most important attribute for those who would serve within the healing professions. As Eric Cassell wrote in 1976, "One of the most important tools of medicine is the person of the physician himself. Medicine is concerned with the care of persons by persons, as simple as that."

Although there has been some small movement to incorporate more humanistic elements into medical education, it remains rigorously scientific in its orientation. American physician Rachel Naomi Remen commented in 1996: "In some ways a medical training is like a disease. It would be years before I would fully recover from mine." Mercifully, there are many practitioners of biomedicine who do survive their training and who quietly rediscover the perennial art of the physician as they work within their respective communities.

There remains much to be done to further the incorporation of those human qualities, which are at least as important as technical skill, into medical education and training. To repeat a comment by Fritjof Capra quoted in an earlier posting, "In medicine, intuition and subjective knowledge are used by every good physician, but this is not acknowledged in the medical literature, nor is it taught in our medical schools. On the contrary, the criteria for admission to most medical schools screen out those who have the greatest talents for practicing medicine intuitively."

Perhaps the final word on this has been offered by Rachel Naomi Remen in her Kitchen Table Wisdom. Stories that Heal: "For all its technological power, medicine is not a technological enterprise. The practice of medicine is a special kind of love."