The Poetics of Medicine 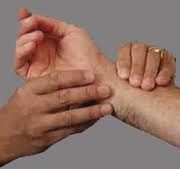 One of the perceived deficiencies in the practice of reductionist medicine and in busy clinics generally is the small amount of time usually allocated to patients in any given consultation. A brief history will be taken, diagnostic tests may be organised, and a prescription may be supplied. The process is often over and done with in a few minutes.

Much medical diagnosis is dependent on technology - blood tests, X-rays, scans, fibre-optic examination, neurological and electrophysiological measurements and so forth. This work is usually performed by technicians and the reports are later presented to the doctor who will in turn discuss them with the patient.

However, this has not always been the case, nor will it necessarily remain so in the near or distant future. These methods are peculiar to a scientific medicine developed in a technological civilisation which, as we are increasingly coming to realise, is beginning to strain on many fronts. So how were things done before so many machines were available?

Former surgeon and professor of medicine at Yale University, Richard Selzer tells a remarkable story of an encounter with Yeshi Dhonden, personal physician to the Dalai Lama. While visiting the US in the 1970s, Yeshi Dhonden was invited to demonstrate his method of diagnosis at a teaching hospital. Determined not to miss the opportunity, Richard Selzer joined the group of doctors who would observe Yeshi Dhonden in action. They would accompany the Tibetan doctor on his visit to a chronically ill patient in the hospital. The nature of her condition was withheld from both Yeshi Dhonden and the physicians who accompanied him.

The Tibetan doctor asked that a sample of her morning urine be made available. Before joining the hospital doctors on their morning round, Yeshi Dhonden had spent two hours in prayer and meditation. He was then brought to the room of a woman who was obviously unwell. He spent some time gently gazing at her. He then approached her, and leaning towards her, tenderly lifted one of her hands from the bed and cradled it between his own hands. Having found her pulse, Yeshi Dhonden then closed his eyes and remained in that position. He neither opened his eyes nor spoke a word.

The woman was clearly comfortable, occasionally lifting her head to look at the robed doctor/monk feeling her pulse before relaxing back into her pillow. After about half an hour, Yeshi Dhonden opened his eyes, smiled gently at the woman, released her hand and stepped back from the bed. He then placed a small amount of her urine which had been earlier collected into a small wooden bowl and briskly whipped it into a froth with two small wooden sticks.

He raised the bowl to his nose and inhaled the odour carefully three times. He then placed the bowl on the nearby table, smiled once again and turned to leave the room. Not a word had been spoken. As he was about to depart, the woman lifted her head from the pillow and said in a serene yet strong voice, "Thank you doctor."

Speaking through an interpreter in the conference room, Yeshi Dhonden gave his diagnosis. Richard Selzer reports: "He speaks of winds coursing through the body of the woman, currents that break against barriers, eddying. These vortices are in her blood, he says. The last spendings of an imperfect heart. Between the chambers of the heart, long before she was born, a wind had come and blown open a deep gate that must never be opened. Through it charge the full waters of the river, as a mountain stream cascades in the springtime, battering, knocking loose the land, and flooding her breath. Thus he speaks, and now he is silent."

A professor in the group, impatient to know what all this could mean, asked the doctor who had arranged the visit for the formal diagnosis. The group was then told that the woman had suffered from a congenital heart defect present since birth. She had an intraventricular septal defect - a hole between the two lower chambers of the heart - and was in an advanced state of heart failure.

No scanner, no catheter, not even a stethoscope. Just a highly attentive presence, a refined palpatory sensitivity, a consciousness more familiar with metaphor than with measurement, and an empathic mind both sharpened and softened by decades of intense interior practice.

Three decades ago, Fritjof Capra wryly observed: "Ever since Galileo, Descartes and Newton our culture has been so obsessed with rational knowledge, objectivity and quantification, that we have become very insecure in dealing with human values and human experience. In medicine, intuition and subjective knowledge are used by every good physician, but this is not acknowledged in the professional literature, nor is it taught in our medical schools. On the contrary, the criteria for admission to most medical schools screen out those who have the greatest talents for practicing medicine intuitively."

We have the science. The task ahead is to recover the art of medicine. 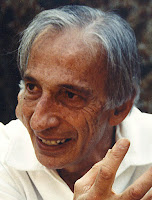 1. On Ivan Illich and the Limits to Medicine

Reading Ivan Illich is not easy, though in a different way to reading Continental philosophers or quantum physicists. Illich's language is demanding and requires a certain suspension of judgement if one is to penetrate the systemic meaning behind his often challenging - if not vehement - rhetoric. But it is worth the effort.


On Ivan Illich and the Limits of Medicine offers a reflection on the life and work of Illich. The post also carries a link to a collation of selected excerpts from his Medical Nemesis: The Expropriation of Health in PDF form. 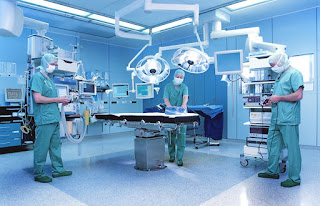 2. Of Love and Medicine

Although there has been some small movement to incorporate more humanistic elements into medical education, it remains rigorously scientific in its orientation. American physician Rachel Naomi Remen commented in 1996: "In some ways a medical training is like a disease. It would be years before I would fully recover from mine." Mercifully, there are many practitioners of biomedicine who do survive their training and who quietly rediscover the perennial art of the physician as they work within their respective communities.
Posted by Vincent Di Stefano at 12:59 AM