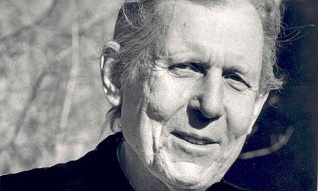 Despite the fact that we have clearly entered uncharted territory in relation to the effects of industrial civilisation on the fate of the earth and her creatures, big government of all persuasions seems intent on relentlessly pursuing economic growth, environmental plunder and social and political control at every level.

In view of our gathering predicament reflected in such intangibles as steadily rising carbon dioxide levels, deepening ocean acidification and accelerating methane exhalations from formerly locked under-sea and tundra deposits - to say nothing of the numerous social, political and environmental pathologies that continue to assail humanity - it may be instructive to revisit the thoughtful offerings of Thomas Berry, a wise elder who sought to awaken us all to the changes that have already occurred and those that will inevitably follow.

"Healing a Savaged Earth" is a tribute to the prophetic insight, vision and integrity of cultural historian Thomas Berry. Though others viewed him as a depth theologian and cultural guardian, he chose in his later years to call himself a "geologian" as an acknowledgement of his earth-centred philosophy which drew strongly from the insights of Taoism, Confucianism  and the mysticism of Teilhard de Chardin and Henri Bergson.

This post offers an audio presentation drawn primarily from "The Ecozoic Era", a lecture given by Thomas Berry in 1991.


Thomas Berry. Healing a Savaged Earth can be streamed using the media player above. A CD quality mp3 file is also available for download here.

In bringing this program to formation, I am grateful for the inspiration offered by chazk of Virtual Renderings in his remarkable 2008 tribute to Thomas Berry, Notes on Thomas Berry's Great Work, and for his more recent exploration of the transitional time within which we presently find ourselves, Notes From the Great Turning.

Further Sources:
1. For a more detailed account of Thomas Berry and his ideas, see the short essay posted in Integral Reflections on June 26th 2011, Restoring a Ruined Earth. The Heroic Mission of Thomas Berry.
2. A high quality 13 minute video of Berry discussing his ideas can be viewed at the Ecological Buddhism website.
Posted by Vincent Di Stefano at 3:19 AM