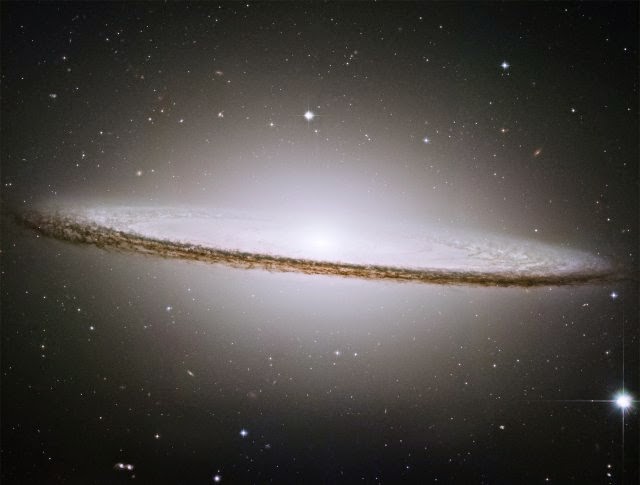 The problems that confront us during these darkening times are not simply the consequence of runaway industrialism or an economic system gone wrong. They have extensive roots in a mindset grounded in alienated and opportunistic views of the world within which we live. We have mastered the methods that give us power over the natural world and have created tools that extend our reach from the manipulation of sub-atomic particles to the visualisation of immense fields of galaxies that have been forming for unthinkable periods of time. Yet we seem to be obstinately incapable of taking collective action in the face of a fate that approaches us in ever more dramatic manifestations.

In this audio presentation produced by chazk of Virtual Renderings, we hear reflections from Sr. Miriam MacGillis, director of the Dominican community at Genesis Farm and long-time friend and interpreter of Thomas Berry, regarding the changes that need to occur in our ways of thinking if we are to effectively understand why we are where we are and how we might attain a truly sustainable human future on the earth.

With many thanks to chazk of Virtual Renderings for both alerting me to the work of Sr. Miriam MacGillis and for so generously sharing this artful presentation.

While the men of the Vatican continue to split hairs over obscure issues of dogma and issue restrictive edicts chastising socially conscious and politically active nuns for their "excessive" and "inappropriate" involvement in worldly matters, Sr. Miriam MacGillis and her group of fellow Dominicans have, over the past 30 years, been quietly developing new ways of being on the earth and new approaches to worshipful presence in the created world.

Miriam MacGillis is director of the Genesis Farm spiritual community, a 220 acre farm and education center based in north-west New Jersey. During her early years in the Dominican order, she served as a teacher of art at both high school and college levels. In 1973, she moved to the Newark Archdiocese where she held the position of co-ordinator of Peace and Justice Education for a period of 3 years. In 1976, she joined Global Education Associates (GEA), whose stated mission is, "to advance global systems that will secure ecological integrity, peace, human rights, economic and social well-being, and democratic participation, with special care to include the voices and perspectives of poor and marginalized people of diverse cultural and religious traditions."

While organising a GEA conference in 1977, she met with Thomas Berry for the first time. This meeting proved to be a turning point in her life. She later recalled:


"After he finished delivering his paper I could not have told anyone what he said, but I knew I had heard the most important thing I had ever heard."

This encounter also proved to be highly consequential for Thomas Berry. After the conference, a number of his articles and essays were published in Whole Earth Papers, a series of monographs produced by GEA between 1977 and 1983. These helped to carry the developed ideas of Thomas Berry out of academic and theological circles and into the broader community.

Things then started to move quickly. In 1978, 140 acres of farmland was unexpectedly bequeathed by the Von Boecklin family to the Dominican Sisters of Caldwell, New Jersey, the group of teaching nuns of which Miriam MacGillis was a member. She later wrote regarding this extraordinary development:


"There had never been any association between the Von Boecklin family and the Dominican Sisters, but through some providential purpose this farm was left to the Sisters who use it as a new expression of their traditional work in eduction."

Two years later, Genesis Farm was established as a teaching center with Miriam MacGillis as its Director. 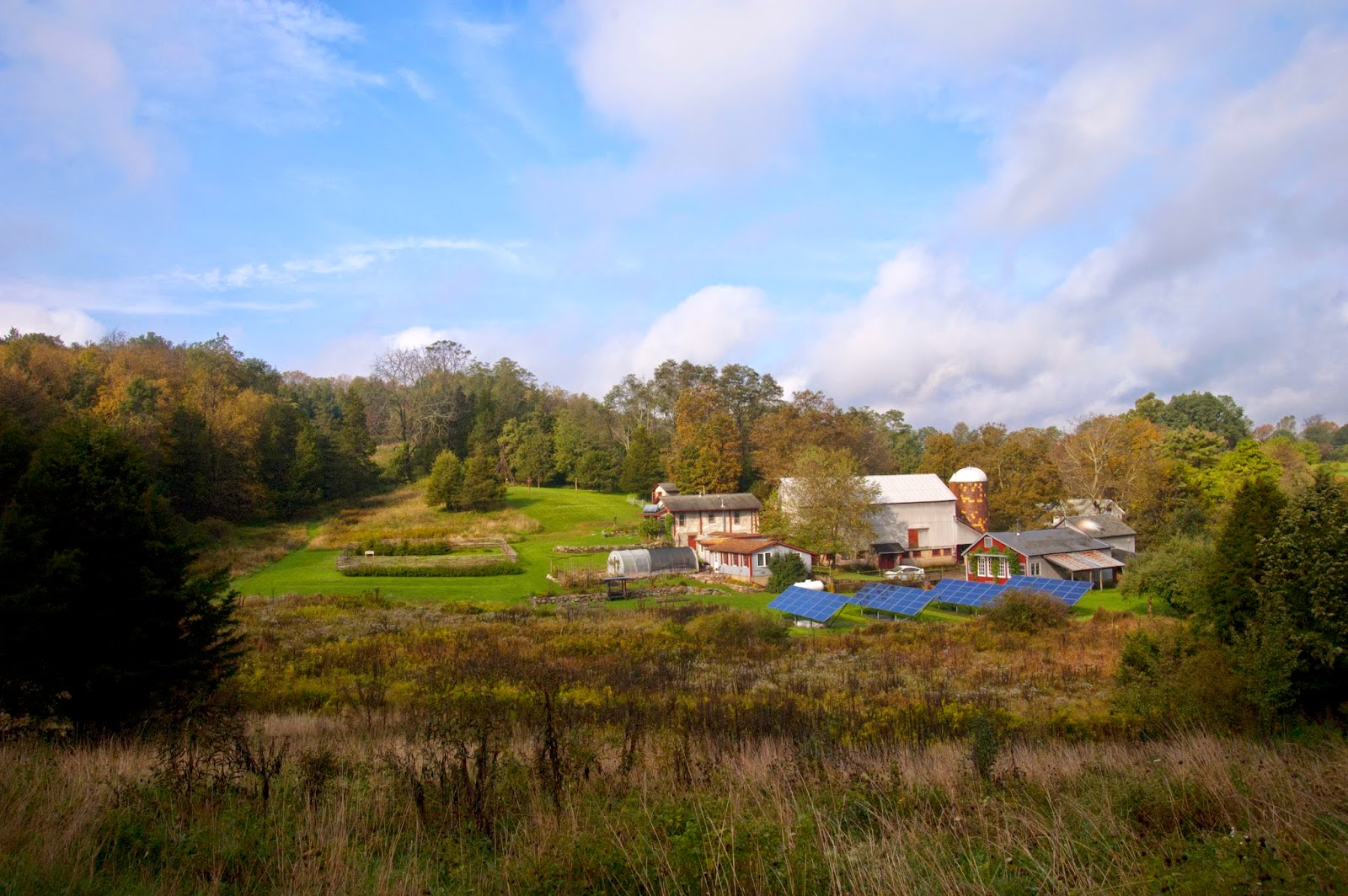 In the 30 years since it was established, Genesis Farm has become a source of inspiration and renewal for over 50 similar centers founded by women's congregations in North America and elsewhere. Author John Edward Carroll commented in 2004:


"Genesis Farm has provided a model for the Franciscans, Sisters of Charity, Sisters of Loreto, Sisters of Notre Dame, and numerous other Catholic religious women's orders in their design and organisation of what now constitutes the Sisters of Earth network." (Sustainability and Spirituality, p. 82)


"Stemming, in part from our profound concern about transgenic seeds, the power line expansion, hydraulic fracking for natural gas and other local and planetary ecological threats, we have been working to explore what options are now available to us for expanding our traditional approaches to advocacy and activism. . . .

Humans now stand on the threshold of a critical point in time, where our collective and individual actions have enormous potential and import."

Integral to the philosophy underlying many of the programs at Genesis Farm is the New Cosmology as articulated by Thomas Berry, Brian Swimme and others. Our view of the universe and our place in it has in recent centuries been radically expanded by the discoveries of science. This change in perspective can, if incorporated into our individual and collective understanding, awaken us to the errors in thinking that have led to a widespread and relentless destruction of the natural world by industrial civilisation, and the savaging of human communities through warfare and the exercise of titanic military capabilities.

This newly emergent view of the nature of the phenomenal world has also confirmed at the deepest level many of the insights expressed in the various wisdom traditions of the world. Drawing on the ideas of Thomas Berry, Miriam MacGillis reflects:


"[Thomas] Berry suggests that . . .  western society is being given a new revelation powerful enough to awaken us from our destructive behaviors toward the natural world. We are seeing with new eyes such as through the Hubble telescope or at the quantum level into the profound inner and outer unity of all being.  He [Thomas Berry] describes this capacity to see the sacred unity of the whole and our participation in it as a moment of grace."

Like Thomas Berry, and to a certain extent, Teilhard de Chardin before him, Miriam MacGillis views the progressive development of scientific understanding as a vehicle whereby our own understanding of the universe and its nature can be powerfully transformed. Ironically, this "moment of grace" is not universally received. There are many who interpret the same "revelation" as a refutation of the notion of the existence of any sacred meaning or purpose underlying both the cosmos and our human experience of the cosmos.


Miriam MacGillis has also been strongly influenced in her spiritual and intellectual development by the Jesuit priest, paleontologist and theologian, Teilhard de Chardin. Teilhard was among the first in recent times who sought to reconcile the discoveries of science, particularly in the areas of anthropology and evolutionary theory, with his own commitment to Christian spirituality. He wrote prolifically during the 1920s and his provocative ideas became widely known within the French Jesuit community and among theologians more generally. The men of the Rome saw fit to remove him from the European scene because of his "extreme" views and sent him to China where he continued his studies in anthropology and paleontology. Miriam MacGillis offers some thoughts regarding his contribution:


"He [Teilhard] intuited that matter was not just matter but was spirit. He sensed that the  universe was evolving, not just in its physical aspects but as a deeply spiritual process. . .  He feared that if we did not develop our capacities to see (and by that we might say into evolutionary time and space ) that we wouldn’t have an adequate vision of the outer world to activate the energies needed to take us through our emerging crises in order to open up a different direction into the future."

Though Teilhard was profoundly Christocentric in his vision, it is clear from a number of essays published in his Christianity and Evolution that he had strong sympathies with a pantheistic view of the world that saw all of creation as being charged with divine presence. Miriam MacGillis reflects further:


"Genesis Farm is rooted in a belief that the Universe, Earth and all reality are permeated by the presence and power of that ultimate Holy Mystery that has been so deeply and richly expressed in the world's spiritual traditions. . .  This Sacred Mystery, known by so many religious names, is the common thread in our efforts."

One of the signatory elements in the work of Miriam MacGillis is a deep respect for the spiritual traditions of all cultures. The diversity of ways in which sacred presence is honoured reflects the diversity of experience and history of different cultural groups. She is no worshipper of monolithic institutions, be they of a political, religious, or corporate nature, but delights in the fact that we have the freedom to draw upon "the wisdom of all the earth's peoples."

The Sisters of Genesis Farm are giving form to an emergent spirituality that is grounded in a deep realisation that revelation is mediated by more than sacred texts and the dogmas voiced by institutional religions. The universe itself and all that is within it can become sources of deep insight and transcendental knowledge to an awakened human consciousness.

Miriam MacGillis calls for a broadening of traditional religious forms, particularly those of Catholicism, and the development of more creative ways of prayer and ritual that can connect us more strongly with the divine presence in which we live and move and have our being.

Further Sources
"The Fate of the Earth", a two-part 90 minute lecture in which Sr. Miriam discusses in detail a number of ideas that have been influential in her formation can be downloaded as an mp3 audio or as a transcript here.